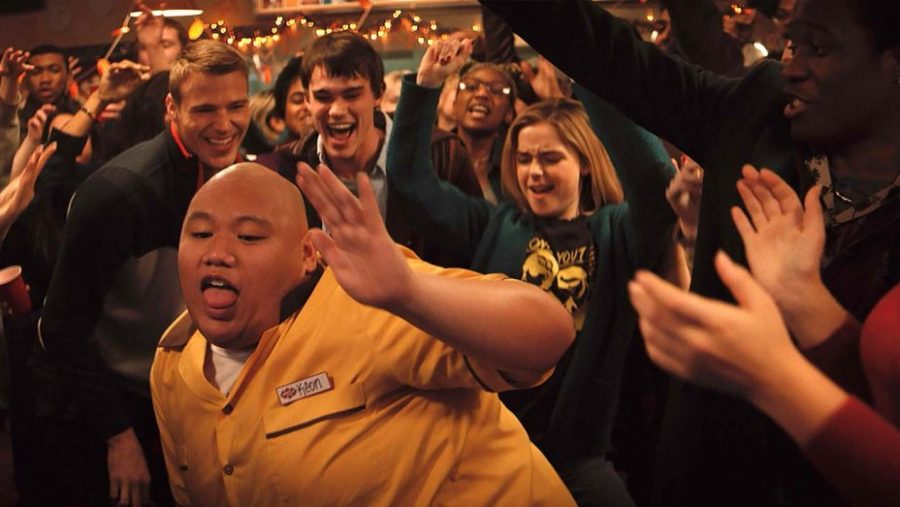 John Green’s teenage romance novel, Let It Snow, has been turned into a Christmas rom-com by Netflix. The film takes place in a small town in Illinois and depicts six different teenagers faced with potentially life-changing decisions on Christmas Eve.

Julie (Isabela Merced), has just been accepted into the college of her dreams. However, she doesn’t know whether or not she should go because she wants to be there for her ill mother and grandfather. After accidentally bumping into young superstar Stuart Bale (Shameik Moore), Julie and her new friend set out for a day of adventure.

While Julie and Stuart enjoy their rather spontaneous and wintery day, Addie (Odeya Rush), Tobin (Mitchell Hope), and Dorrie (Liv Hewson) struggle with romance and relationships.

As Tobin tries to admit his secret feelings to his childhood friend, Duke (Kiernan Shipka), he fears that she is becoming too close to another guy which may ruin his plan.

Addie struggles with her relationship with her boyfriend as she fears that he’ll break up with her because of  interest in someone else, while Addie’s closest friend Dorrie worries that the girl she likes is no longer interested in her.

All the while, Keon (Jacob Batalon) wants to throw a Christmas Eve party that puts every other party to shame. The problem is, he no longer has a place to host it, no guests to invite and he’s also been called in to work at the last minute.

Netflix’s Let It Snow is one of the most realistic movies about teenagers. Although meeting a superstar and forming a romantic relationship with them in one day is unlikely, the movie highlights teenagers vulnerability, real fears and tackles problems that many teenagers deal with today (college, taking care of a family member, infidelity, fear of coming out as LGBTQ, fear that a crush is unrequited and wanting to fit in).

While it may be cliche and predictable, Let It Snow is a feel good Christmas movie with a meaningful message. If things don’t go your way, sometimes you just have to let it happen, as better things and opportunities are on the horizon. Like Joan Cusack says at the end of the movie, “Sometimes, you just gotta let it snow!”