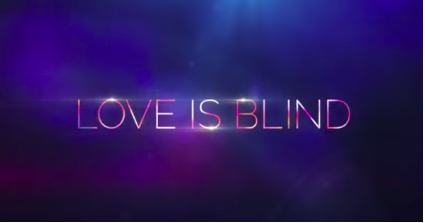 Everyone is buzzing over the latest Netflix reality show- “Love is Blind.” I watched the first ten episodes and I thought it was definitely out of the box and interesting. The show is about ten women and men who search to find a husband or wife in hopes of getting engaged to marry them. Here’s the catch – the potential couples never see each other until after they get engaged. Dating nowadays is usually based solely off of looks and not personality, hence the experiment. Each person on the show is in a “pod” and they are separated by a thin wall so that the couples can’t see each other, but only communicate.

This show is anything but slow. After the couples fall for eachother and get engaged just after a few days, they see each other for the first time (my favorite part about the entire show), travel to a beach escape for about a week, travel back home, move in together, have four weeks to plan the wedding, meet each other’s parents and (hopefully) get married!

Some pros to the show for me was how entertaining and funny it was, how cute it was to see the couples build such strong emotional bonds with their potential soulmate, and to see some of the couples get married! Some cons, on the other hand, for me was how rushed the whole process was, how it was overly dramatic at times, and that it was definitely unrealistic. I will say that after the first couple episodes, I grew to be a little bored and thought the show became pretty stupid after a while. I mean, that applies to every reality show, right?

Here’s the question- is love truly blind? You’ll just have to watch the series to find out if the couples can prove that! If you like edge-of-your-seat, lovey dovey, super dramatic shows like “The Bachelor,” then “Love is Blind” could possibly be a new favorite for you! I would give the series an overall 2.5/5. I thought it was really amusing and fun to watch, and I’m excited for the season finale!