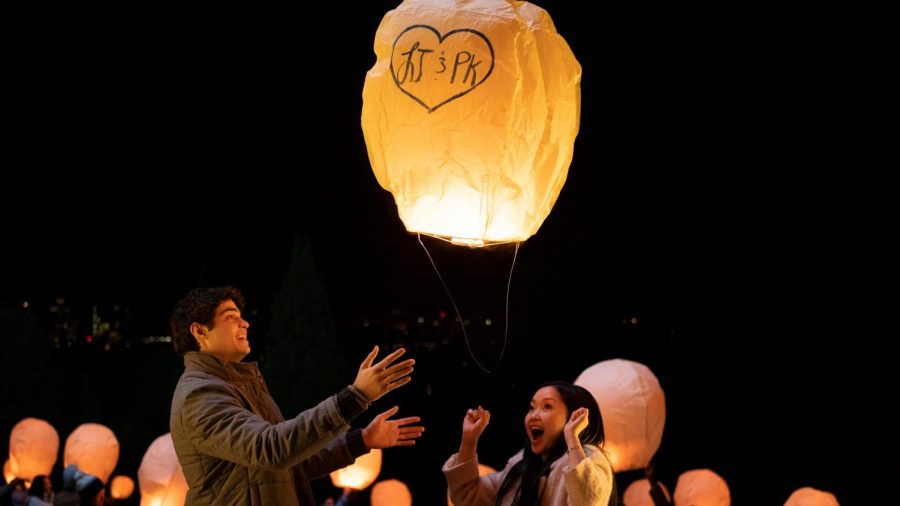 Warning : Spoilers Ahead
February was a quick but eventful month! It was the first leap year since 2016, the Oscars premiered on the 9th, cupid’s arrow struck people yet again on Valentine’s Day, and To All The Boys: P.S. I Still Love You made its debut on Netflix on February 12th!

‘To All The Boys I’ve Loved Before’ gave audiences a happy ending as Lara Jean swallowed her fear of driving in order to confess her true feelings to Peter. When Lara Jean finally gets to the lacrosse field, her and Peter confess their feelings to each other and seal the deal with a kiss. The two make their relationship official, and the movie ends with Lara Jean and Peter walking off the lacrosse field.

Although ‘To All The Boys I’ve Loved Before’ had a scene where John Ambrose McClaren goes to the Covey’s house with Lara Jean’s letter and flowers in his hand, ‘P.S. I Still Love You’ changed this minor detail, most likely since the actor who originally played McClaren (Jordan Burtchett) was replaced with Jordan Fisher.

‘P.S. I Still Love You’ tackles Lara Jean and Peter’s relationship as they navigate their way through old flames, insecurities, personality differences, and arguments.

As Lara Jean learns how to be in a relationship with Peter, her first ever boyfriend, she starts doubting herself and compares herself to Genevieve (Peter’s ex-girlfriend). Lara Jean is afraid that since Peter and Gen were together for a long time, he might not be fully committed to her.

While Lara Jean and Peter work out the miniscule kinks in their relationship and try to become more honest and open with each other, someone important from Lara Jean’s past (John Ambrose McClaren) unexpectedly comes back into her life, throwing Lara Jean in for an emotional rollercoaster.

Although ‘P.S. I Still Love You’ is hopelessly romantic and cliche, the movie highlights important topics such as relationship insecurities, consent, losing a loved one, learning to move on, and self-acceptance.

‘P.S. I Still Love You’ sends a positive message to teenagers by expressing that even though things might not always be perfect in life, whatever happens, we’re the author of our own stories and we control our own destiny.