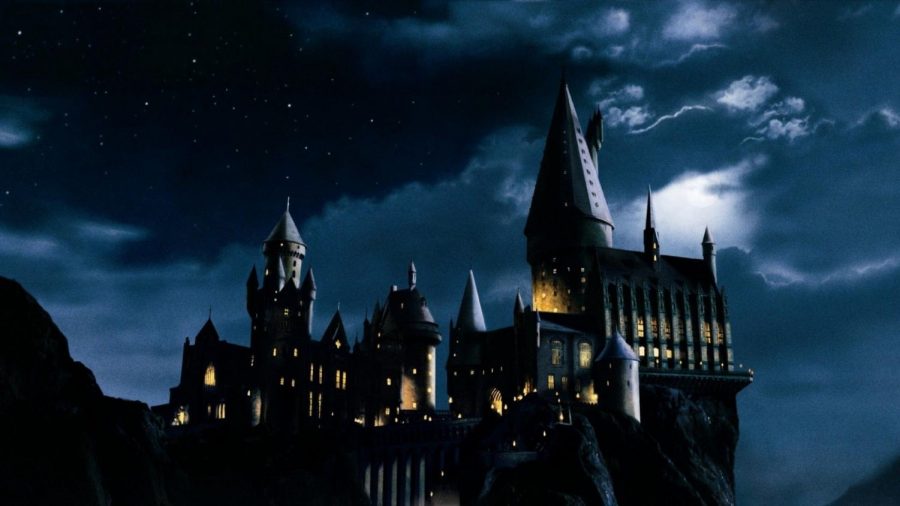 Nearly everyone knows the Harry Potter series, one of the most popular movie series ever watched. Now, Harry Potter has now made its way to TikTok, and all the Potterheads are creating videos to talk about the beloved movie franchise. With its immense popularity comes a variety of favorite characters among fans. However, here are a few characters that deserved more recognition and screen time in the Harry Potter series

Best quote: “He’s not Fred, I am!” “Honestly woman, you call yourself our mother?”

The funniest characters in the Harry Potter series, the Weasley twins deserve much more recognition. During the tough times at Hogwarts, the twins used their humor, cheery nature, and pranks to brighten the dreary days and cheer everyone up. Not only did they use their passion for mischief to create some of the most ingenious pranks in the Wizarding World, but they also created a successful joke shop (Weasley’s Wizarding Wheezes, with some help from Harry) that brought in tons of galleons. With their wicked sense of humor and tight-knit relationship, the Weasley twins are the modern Marauders of the Harry Potter series.

One of the few representative Hufflepuff characters in the Harry Potter series, Nymphadora Tonks (who goes by “Tonks”) is one of the many Harry Potter characters that deserves more attention. Daughter of a pureblooded Slytherin Andromeda Tonks-Black and a muggleborn wizard Ted Tonks, Tonks was completely disregarded by her mother’s side of the family because of her blood-status. Rather than dwell on this, Tonks pursued her passions by becoming an auror and fighting against blood-status discrimination while also embracing her metamorphmagus powers, or the ability to change one’s appearance at will. Although she faced her unfortunate demise in the Battle of Hogwarts, Tonks proved that Hufflepuffs are not just kind and loyal, they’ll fight for what they believe in and what’s right, even if it’s against their loved ones.

At a young age, Neville had to be taken care of by his grandmother since his parents had to be admitted to St. Mungo’s because they were tortured to the point of insanity by Death Eater, Bellatrix Lestrange. Most likely not wanting to draw any more attention to himself, Neville kept quiet about his parents yet remained proud of their strength to hide information from Voldemort’s army. Even though Neville had many villains in his life, such as Bellatrix Lestrange and Professor Snape, he never lashed out or acted violently towards others – he was compassionate, kind, helpful and caring. Despite Neville’s shyness and naturally caring nature, in the end, as he pulls out the sword of Gryffindor, he proves that anyone can be courageous as long as they want to be.

Although the Malfoy’s are represented as villains in the story, Narcissa Malfoy, Draco Malfoy’s mother, is one of the many misunderstood Slytherins. Raised by a family that emphasized the practice of blood-purity, not only was Narcissa expected to marry a pureblooded wizard to preserve her family’s lineage, but she also lost one of her elder sisters, Andromeda, because she had fallen in love with a muggleborn wizard. After marrying Lucius Malfoy and having a son, Narcissa was quickly roped into the dark side of the Wizarding World because of both her husband and eldest sister’s allegiance to Voldemort. However, unlike her family members, Narcissa never became a Death Eater because her main priority was to ensure her son’s safety and wellbeing. According to the books’ author, she did still very much agree with blood purity, which should still be noted.

One of the most important scenes that highlights Narcissa’s love and loyalty to her son is when she lies to Voldemort, telling him Harry Potter is dead when he’s very much alive. By doing this, Narcissa ensures her son’s safety because deep down she knows Harry is the only one who can defeat the Dark Lord which guarantees Draco’s safety. While Narcissa may have made some bad choices, her actions in the films show how far a mother is willing to go to protect their own and how strong a mother’s love truly is.

Best quote: “RONALD WEASLEY! How dare you steal that car! I am absolutely disgusted! Your father’s now facing an inquiry at work and it’s entirely your fault! If you put another toe out of line, we’ll bring you straight home! Oh, and Ginny, dear, congratulations on making Gryffindor. Your father and I are so proud.”

Even though the Weasley matriarch is loved by many, her bittersweet background and inspiring actions during the Wizarding War are often overlooked. During the first Wizarding War, Molly lost her elder brothers, Fabian and Gideon (who are presumably twins), at the hands of Death Eaters. While the loss must have been devastating for Molly, she would eventually have twins herself, naming them Fred Gideon and George Fabian to honor her late siblings. And despite the fact that she was already raising her seven children while taking care of the Burrow, Molly gladly took Harry in and treated him as her own, becoming the mother he never had.

In the movies, Ginny isn’t given as much screen time or character development compared to the books. In reality, Ginny was one of the bravest characters throughout the Harry Potter series. Not only did she survive being possessed by one of Voldemort’s horcruxes during her first year at Hogwarts, but she also joined “Dumbledore’s Army” in her fourth year because she wanted to learn how to protect herself if a dangerous situation ever arose. Ginny also played for the Gryffindor quidditch team while at Hogwarts, and her natural quidditch prowess helped her join a professional women’s quidditch team, the “Holyhead Harpies.” Had Ginny been given more screen time, fans would’ve gotten to see the courageous, brave, and daring girl who wasn’t afraid of taking a few risks.

While she tends to have a happy go lucky attitude towards the world, Luna Lovegood is arguably one of the most strong characters throughout the Harry Potter series. Having witnessed her mother’s death at just 9 years old, Luna was one of the few students that could see thestrals other than Harry Potter. Not only did Luna have to witness her mother’s horrific death at such a young age, but her fellow classmates teased her because of her quirkiness, stole her personal items and discarded them around Hogwarts, and she was kidnapped by Death Eaters before the second Wizarding War. Despite all the hardships Luna endured, she never faltered. Instead, she embraced her unique personality rather than change to fit other’s standards and made true friends that appreciated her for who she was.

Best quote: “I know I will be dead long before you read this but I want you to know that it was I who discovered your secret.”

Growing up in a small family with fanatic parents that believed in keeping the lineage strictly pureblooded, Regulus Black was Sirius Black’s younger brother who decided to stay with his family and enforce their beliefs, especially when it came to blood-status. With his family’s involvement with Voldemort, Regulus eventually became a Death Eater at a young age, further separating him and his brother Sirius. Eventually, after finding out the truth about Voldemort’s plan regarding the horcruxes, Regulus went to the cave where one of Voldemort’s horcruxes, a locket, was hidden with his house elf, Kreacher, and replaced it with a fake. Though he died in the process, Regulus was successful with his mission as Kreacher left the cave with the real horcrux. If Regulus had never replaced the locket or left a letter addressed to Voldemort, Harry, Hermione and Ron most likely would’ve never found the locket and know the key to killing Voldemort.

(Note: Regulus Black was never shown in the Harry Potter films, and many fans have casted Timothee Chalamet as Regulus)

Best quote: “Andromeda was my favorite cousin.”  – Sirius Black (as Andromeda isn’t mentioned much in the book or movie series)

Like her cousins, Sirius and Regulus, Andromeda grew up in a family with pureblood fanatic parents. While her eldest sister, Bellatrix, became an undoubtedly loyal follower to Lord Voldemort and her younger sister Narcissa was dragged into the Death Eaters through marriage, Andromeda fell in love with a muggle-born wizard named Ted Tonks. Although being with Ted meant that she’d be disowned by her family, branded a bloodtraitor and burned off their family tree, Andromeda pursued her happiness and ran away with Ted so they could peacefully start their lives together. Years after raising her only child, Tonks, Andromeda’s world came crashing down as she lost the most important people to her all within the same year. Not only was Ted killed a few months prior to the war, but her daughter, Tonks, was murdered by Bellatrix and her husband murdered alongside her. After the war ended, Andromeda made sure she raised her grandson, Teddy, as best as she could since he was her only family left and she his.

(Note: Like Regulus, Andromeda was never shown in the Harry Potter films, and fans have casted Keira Knightley as younger Andromeda)

Best quote: “I will not have you, in the course of a simple evening, besmirching that name (Godric Gryffindor) by behaving like a babbling, bumbling band of baboons.”

Although McGonagall is appreciated by many Harry Potter fans, she’s experienced enough pain and loss to last her a lifetime. Long before Harry attended Hogwarts, McGonagall taught all of the Marauders (James Potter, Sirius Black, Remus Lupin and Peter Pettigrew) and Lily Evans. She was able to see how close the Marauders were, how James secretly pined for Lily, James and Sirius’s unwavering loyalty to Remus, James and Sirius’s brotherhood, and grew to admire the boys. As years passed, McGonagall had to slowly watch as her beloved students faced tragic fates, the four boys and bright muggleborn witch she once taught all dead. Even though McGonagall outlived her students, she remained a caring professor and fierce protector who would stand up for her students if she ever felt they were in harm’s way.

Best quote: “It is the quality of one’s convictions that determines success, not the number of followers.”

Remus Lupin is another beloved Harry Potter character that’s experienced more than enough pain, loss, and heartbreak than a person should ever experience. Just a year after graduating Hogwarts, Remus lost four of his closest friends – James Potter, Lily Potter, Sirius Black, and Peter Pettigrew. While it was already known that James and Lily were found and killed by Voldemort, Remus was forced to believe that his closest friend and confidant, Sirius, had killed Peter and gave up the Potter’s location to Voldemort because he was a secret Death Eater. Not only was Remus expected to grow up without his childhood friends by his side, but every time the full moon shone he was all alone, dealing with the side effects of his lycanthropy without anyone to help him through the night. Fortunately, Sirius’s innocence was proven a few years into Harry’s education at Hogwarts, and 2/4 of the Marauders were reunited for a short while before Sirius’s emotional death. Remus’s ending may have been bittersweet as he died alongside his wife, fighting for a cause that was near and dear to his heart while also leaving an infant son behind, but his story shows that battle scars can only make us stronger and strength is the best way to keep on fighting.