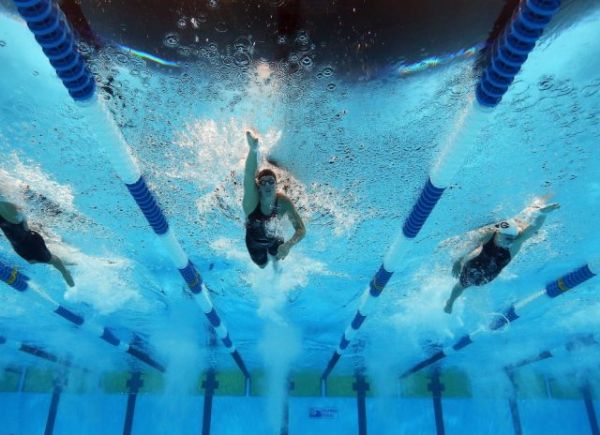 Throughout the history of Olympic swimming, women played a minor role, attempting to meet the benchmark set by men’s swimming. The newest mixed and female events are a slap in the face to skeptics of women athletes. The IOC (International Olympic Committee) has announced that women are going to be eligible to swim the 1500 meter freestyle in the Tokyo 2020 Olympics. This is an event that only men have been able to swim. They are also adding a 4×1000-meter co-ed relay. The landscape of the swim world is shifting, threatening men’s world records as women pave their own path in Olympic history.
A lack of representation long plagued the IOC. The IOC’s executive board has 15 members, with only 4 women members. Fédération Internationale de Natation (International Swimming Federation) most commonly known as FINA, is a committee underneath the IOC responsible for overseeing all Olympic swimming. Within FINA’s cabinet there are 38 members. Only three of those members are women. The IOC was founded in 1894, and in 1896, the IOC hosted a male-only Olympics, officially excluding women from the games and board. A woman did not serve on the board until 1990, when Anita DeFrantz was the first woman Vice President. She served from 1997-2001.
This pattern of exclusion within the swim world has lead to a long fight for women swimmers to gain equal opportunities to compete. Olympic medalist Debbie Meyer, has said women were considered “second-class” athletes who lacked the strength of their male counterparts and would not be able to handle longer distances. Meyer claimed the 1,500 world record the summer before the ’68 Games at age 15, held on to it, and continued to break it until 1971. The battle for women to keep the events they were capable of swimming has carried on like a degrading tradition.
In 2016 after Rio Simone Manuel was the first African-American female swimmer to win Olympic gold in an individual event, the IOC pledged to make swimming open to a more diverse spectrum of competitors. This shook the swim community to its core, beginning the process of upending the practice of race and gender-based discrimination. The history of racism in international and American swimming culture is painful and recent. The IOC has only begun to meet the promises it has made to terminate the sexism and racism within the traditional world of swim. Commenting on the latest improvement, IOC President Thomas Bach said, “The fascinating new events that we approved today, together with the five new sports that were added to the Tokyo 2020 programme last year, represent a step-change in the Olympic programme. I am delighted that the Olympic Games in Tokyo will be more youthful, more urban and will include more women.” At the 2017 World Championship trials, Ledecky shaved 17 seconds off the women’s global mark. This time would have ranked her as 28th in a field of 59 men. Swimming is the second most viewed Olympic sport for both men and women. The IOC cannot claim that people don’t want to see women compete the 1500. If people aren’t watching don’t stop women from competing – cut the event.
Sexism is prevalent inside the IOC and FINA. Only when these boards recognize their purposeful ignorance to the struggles of women athletes will improvement truly begin. These boards must stop pretending women are incapable without offering any way for them to compete.
“I think one of the most important things about swimming is how we should be together as a team and not separate ourselves as girls and boys, that we should support each other no matter our swimming abilities or our gender,” sophomore Meredith Wagner expressed.
If high school students can recognize the importance of unity, it is time for the adults to do the same.