Fight breaks out in D.C. Chick-Fil-A 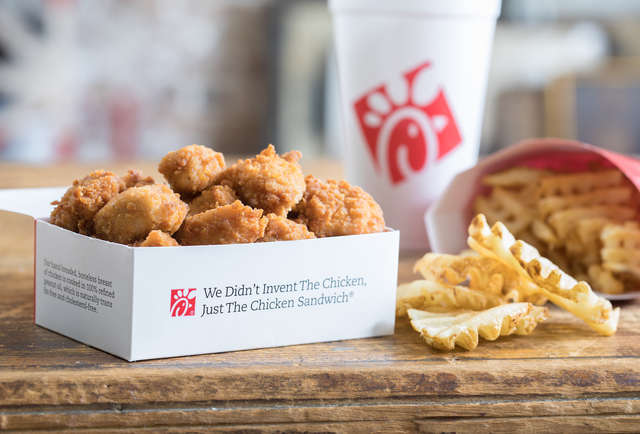 In a quiet part of D.C, Tenleytown, where many United States presidents’ kids have gone to school, a brawl broke out at the local Chick-Fil-A. As a company, Chick-Fil-A has been very controversial in the past with its beliefs, but this week it faced a different kind of controversy when conflict arose between a manager and a customer.
A Chick-Fil-A manager was fired for fighting a customer. 55 year-old customer Sean Turner was shouting at other customers, going behind the counter, and yelling at employees. When told to leave, he punched the manager, age 27, who has chosen to remain anonymous, which led to the manager pushing Turner into a booth and repeatedly punching him. Turner was arrested and given a ticket to go to court, where he was released, since he was only charged with a low-level offense. Turner was later taken to the hospital, where he was treated for minor injuries. The manager, identified as the victim in the police report, was not arrested but fired from his job at Chick-Fil-A.
“This video is incredibly disturbing to watch, and we do not condone violence or the team member’s response to the situation in any way,” said Chick- Fil-A in a released statement. “Our franchise restaurant Operators and their team members strive to create a safe and welcoming environment and to treat all guests with dignity and respect. This situation does not live up to our brand’s commitment to hospitality, and for that, we are very sorry.”