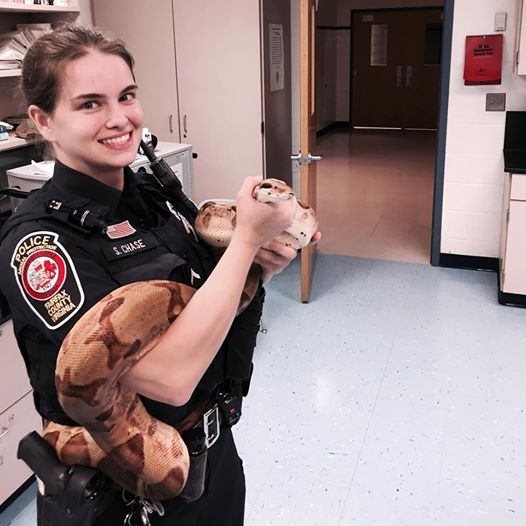 At Hayfield High School a large snake escaped a biology lab. Last Monday, shortly after midnight, a Columbian Red Tail Boa Constrictor managed to escape their school science lab and slither around the school, setting the motion detectors off. Animal Protection Officer Siobhan Chase was called in to wrangle the reptile back into its tank.

“He was a little freaked out when I popped up on top of the cabinet, he was like, ‘Oh my God.’ And then I just kind of picked him up and he was like, ‘Oh, okay, I’m used to this,'” Officer Chase said.

Tara Gerhard, Fairfax County police spokesperson, said they “had no idea how it got out of a cage.”

The police department posted on Facebook that the snake’s escape made officers a “bit hissss-terical when they found out what was setting off the motion alarms” at the school.