“Herstory” Made: Virginia ratifies the ERA 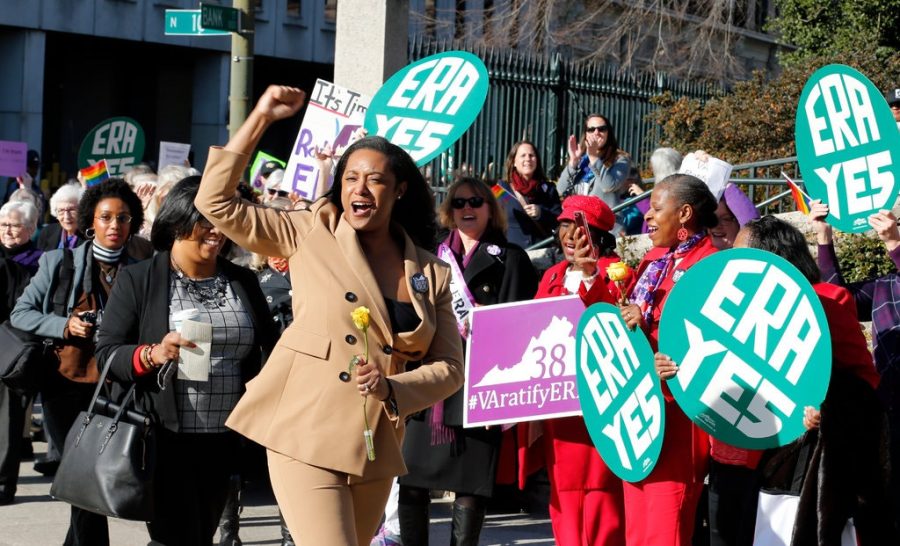 Virginia has officially become the 38th state in the United States to ratify the Equal Rights Amendment (ERA). The Virginia House of Delegates voted 59-4 and the Virginia Senate voted 28-12 in favor of the ERA.

The ERA is an amendment to The Constitution that states that rights may not be denied or altered on the basis of gender. It clarifies that all rights allotted to men in the US Constitution are equally delivered to women, as the current Constitution does not include women in its text. Most nations’ constitutions drafted in the 17th century include protections for gender. The United States’ does not, and it was written in the 18th century.

In 1972, Congress approved the ERA, and the deadline for states to approve this legislation was set for 1979. Congress extended the deadline to 1982, but only 35 states had ratified the amendment in that timeframe. In order for an amendment to be a law, 38 states must ratify it (3/4 of states). In the past 5 years, Arizona and Georgia have ratified the ERA, meaning, with Virginia’s ratification of the amendment, the ERA should now be eligible to become a law. However, Alabama, Louisiana and South Dakota filed a lawsuit in December of 2019 to try and block the ERA from becoming a law. Some states and individuals within the US Justice Department argue that the amendment’s legitimacy was nullified when the deadline was surpassed in 1982. Some states argue that though the deadline was surpassed, the government has the ability to further extend the deadline through 2020, therefore validating the last three states’ (including Virginia’s) ratification. Debate remains tense on this topic, and will likely continue.

In November, Democrats sent a blue wave crashing through Virginia. They claimed control of the General Assembly, Virginia’s House got its first female speaker in state history and they flipped seats in the Senate. The process of ratifying the ERA was exceptionally quick, as it was a campaign process of many of the democrats who ran for office in Virginia. “I’ve never seen the legislative process move this fast. Dems are on a mission,” Journalist Mallory Noe-Payne shared.

Virginia’s Attorney General Mark Herring stated, “Today is an absolutely historic day for our commonwealth and a major milestone in the fight for equality in this nation. Women in America deserve to have equality guaranteed in the Constitution, and Virginians should be proud that we will be the state that makes it happen.”