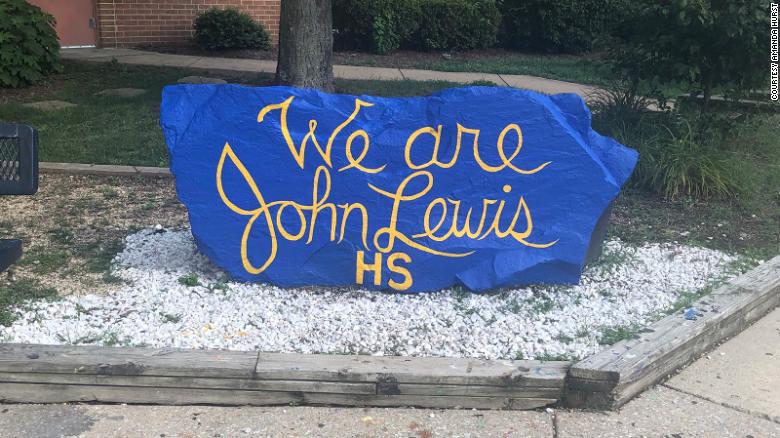 Fairfax County had been debating renaming the school for a long time, particularly after the renaming of what is now Justice High School. The school board began the process of discussing this issue in March, but after an international reckoning, expedited the process and selected the name John Lewis.

Rep. John Lewis won out over a list of contenders, including President Barack Obama and Mildred Loving. The school board’s vote was unanimous.

Virginia has not only the most Confederate monuments in the United States, but the second most schools named after members of the Confederacy. Racism remains in education in many ways, as lawmakers just removed final segregationist school policies that were maintained in Virginia lawbooks.

National attention, petitions and pressure from students helped to bring about this change. Many students expressed that they felt the county and school didn’t truly mean it when they said “Black lives matter,” when allowing a majority-minority student body to continue attending a school named after the general of the Confederacy, as Portraits of Lee even hung in the school. “It’s amazing how far our school has come,” said the student activist Kadija Ismail, to the Washington Post, who wrote a letter to Superintendent Brabrand.

FCPS says that the change, including the alteration of sports uniforms, banners, school signs and stationary, will be completed during the 2020-2021 school year.