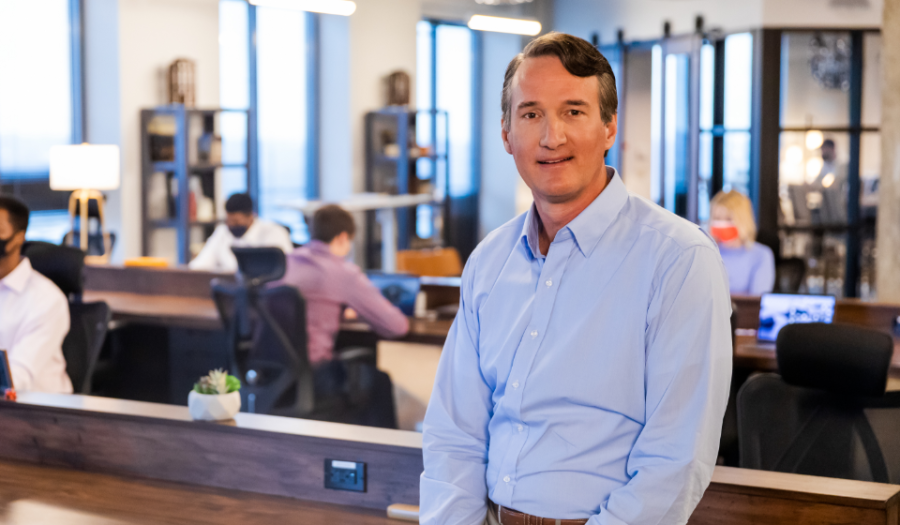 Image via Youngkin For Governor

Glenn Youngkin, a successful businessman and first-time candidate for public office has been announced as the official Republican nominee for Virginia Governor. Concessions from other GOP Governor hopefuls occurred and concluded on Monday evening. The runner-ups for the nomination included Pete Snyder and State Senator Amanda Chase.

Youngkin, bearing the Twitter biography “not a politician” accepted the nomination and tweeted a public statement, “I am prepared to lead, excited to serve and profoundly humbled by the trust the people have placed in me. Virginians have made it clear that they are ready for a political outsider with proven business experience to bring real change in Richmond.”

With economics and business at the forefront of his gubernatorial goals, Glenn Youngkin is leading his campaign trail with the association of Senator Ted Cruz, who both wish to employ restrictive voting agendas. Youngkin has announced that if he were to win the Governorship, he would establish an “Election Integrity Task Force” and legislation to tighten Virginia’s current voting laws by requiring identification cards, an application for proof of citizenship, and two witnesses for mail in ballots. Youngkin has already launched a version of this “task force” within his campaign. With agendas such as these occurring in multiple southern states, Democrats are advocating for the surge of voter suppression to end, as it disproportionately affects people of color living.

Glenn Youngkin is leading a substantially funded campaign, in which he has invested $5.5 million dollars of his own funds. As the former CEO of the Carlyle Group, Youngkin has invested in various industries including some governmental relationships.

Youngkin previously came under fire from within his own party for potentially “deceiving” voters in order to register them for the voting convention. (Read more here.)

Mr. Youngkin has benefited from the endorsement of Former President Donald Trump, as well as the good graces of Fox News anchor Tucker Carlson. However, some doubts have occurred by Virginians about the likelihood of a Republican winner. As the Commonwealth is increasingly turning more blue, Democratic administration hopefuls (including a familiar face, former Governor Terry MacAuliffe) currently possess an advantage.