Virginia’s (Nonexistent) Team: Why the Commonwealth is left without a professional team 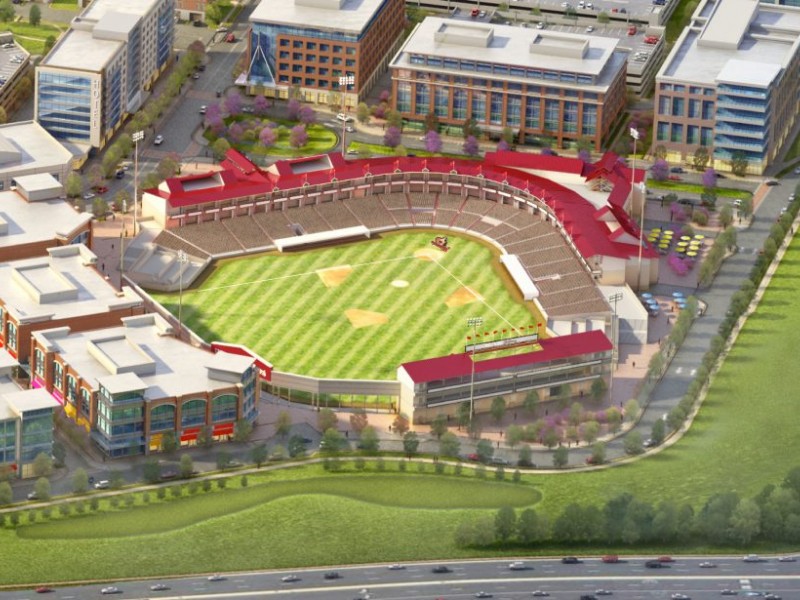 Photo via The Burn

Sports have time and again proven to be a haven for people of all races, creeds, and lifestyles. The United States serves as an epicenter of athletics of all types. However, there are 24 states that are left without a professional team. Virginia finds itself in that boat. As the 12th ranked state in terms of population, Virginia is the only state in the top 20 of population that has no professional team. The question becomes why the state is forced to root for teams in surrounding areas. For a variety of reasons, past experiences, and marketability, the Commonwealth of Virginia is left ostracized by the professional sports world.

Virginia finds itself without a team currently. That being said, it is not as if there have not been previous attempts. For years, Virginians were forced to trek to DC to watch their local team. Former Washington Football Team owner, Jack Kent Cooke, desired a new venue to replace RFK Stadium, the aging home for the team. Although fans were in support of a new stadium to replace the decrepit digs, they were opposed to a stadium in Alexandria. The team, ironically, remained in RFK for a few more years until Cooke followed through on his attempts to outsource his team to suburbs of DC. Fedex Field, the current home of the team, is in Landover, Maryland, about 40 minutes outside DC’s corporate city limits.

However, baseball appeared to be their way out of the cycle of having no team. In 1996, the Houston Astros were struggling with attendance and were at an impasse with the city of Houston over a new stadium. The team was reportedly close to being sold to a Northern Virginia group before MLB stepped in to grant the Astros a new stadium. That being said, the residents of Virginia were not left wondering if they would receive a team for long. The Montreal Expos were likely to be relocated, and the Mid-Atlantic had two horses in the race. Both DC and Northern Virginia were finalists for the team before it was handed to the DC ownership group. Interestingly enough, MLB had actually secured permits for a stadium next to Dulles Airport. From The Washington Times’ archives, the MLB heavily considered having the team move to Northern Virginia because of the lower costs for having a team in NoVA. This is compared to the exsorbonate costs of having a team play in a big city.

The NHL had a very similar scenario as the MLB. There was a proposal in the 1990s to bring an expansion team to Norfolk. Ultimately, it was killed off with Columbus being selected as the expansion spot; the city was awarded the Blue Jackets, their only professional team.

Another reason for the lack of professional teams in the state comes from recency bias. The harrowing ordeal of the Loudoun Hounds serves as the most recent example of why Virginia is left without a team. The team was officially founded in 2010 as an independently owned baseball team. They would play in the Atlantic League of Professional Baseball, an Independent League Division. The ownership group, led by VIP Baseball (renamed to VIP Sports & Entertainment), hoped to demonstrate the incredible fans in the Northern Virginia area, and parlay that into moving up the ranks of the MiLB. The idea was solid conversationally, but it quickly became subject to criticism.

The plan was for the organization to break ground on a stadium that was to be shared with Virginia Cavalry FC, a women’s soccer team that was later dissolved. Before the team even broke ground, there were issues with the stadium. Lawsuits and hearings forced the team to literally move about three miles down the road to One Loudoun. Nonetheless, the team proceeded, announcing their debut season to be 2014. At this point, the timeline gets messy. On June 4, 2013, the ceremonial groundbreaking was held. A Washington Post article published on November 27, 2013 reported that there was little to no progress on the stadium set to host live baseball in mere months. All the while, VIP CEO Bob Farren was replaced and later reinstated, and the project appeared destined to fail. Compounding the misery of the situation, the Atlantic League posted their 2014 schedule, omitting the Hounds without an announcement from the team.

The Hounds, though, were not dead yet. Although no longer the dominating figure that he once was, Farren was still the public figurehead for the project. In attempts to save the public image of the project, Farren asked the Loudoun County Board of Supervisors to donate $55 million taxable dollars to the stadium. Soon after this was rejected, the entire operation went downhill. The Hounds’ ownership group was subject to multiple lawsuits, ultimately losing the team.

The Loudoun Hounds were still subject to a 40 year lease for land they would no longer need. In 2016, a lawsuit to terminate the lease was settled, and the Hounds lost the land. Virginia Cavalry FC, for what it is worth, found little success, folding their operations in 2015. Still, they are reminiscent of the wreckage from the ordeal. Loudoun taxpayers are still paying for the project, and the ownership group is in a massive amount of debt. While the idea for the Hounds was not a bad one, the entire thing was doomed from the start, and suffered through a slow, painful death that has left many prospective owners in the area from beginning something like this in Northern Virginia.

Economic Factors preventing a team from playing in NoVA:

Let there be no mistake, there is money in the Northern Virginia area. The region is one of the wealthiest in the entire state of Virginia. There are countless people in the area with the capital resources to found something like this. However, net worth is not the only factor. The amount of money it requires to start from nothing is indescribable. The owner would need to buy land for a stadium, build the stadium, hire front office employees, sign players, join a league, and pay people to run the operations of the team. Simply put, it is a Herculean effort to put something like a team together.

Something standing in the way of a professional team in the area: land. In more urban areas like Fairfax or Arlington County, it is difficult to actually find available land to build a stadium. In places like Loudoun or Prince William County, there is cheap land for sale. The issue, though, is that the majority of the people backing these teams are not willing to outsource even further from the city. In monetary terms, it makes complete sense to move to a suburb and take advantage of the cheaper resources. From a marketing perspective, though, it does not as the cost of being 30 minutes away from the target audience is difficult to overcome. A reason the Loudoun Hounds might have failed was certainly their location. One Loudoun is a difficult place to build a 5500 seat stadium. However, that was pretty much their only option due to the proximity to Ashburn’s population.

The elephant in the room when presenting the argument for a professional team in NoVA is clear to anyone regardless of their sports knowledge. The team would simply be way too close to the professional teams in DC. The farthest possible team in the Northern Virginia area would only be about an hour away from DC. Thinking about a team in Richmond, there is more of an argument, but less plausibility. Richmond is an urban area, but they do not have the infrastructure to support a professional team, nor do they have the space to house one.

Another massive factor has to be population disparity. The population of Virginia is wide ranging, and not as compact as other states. That is, obviously, out of the control of anyone, but still a huge factor. In order to attract people, there needs to be a large amount of people willing to go to games on a regular basis. Without a large centralized population, the state is in a tough position.

The largest metropolitan area in the state, Hampton Roads, exemplifies another massive issue with Virginia’s chances at housing a professional team. The lack of interest is apparent. The state’s polls have not indicated that a sports team is desired by the citizens. There is no need for a team if there is no one to watch the games or pay for tickets.

The negatives do outweigh the positives, but that is not to say there are no positives for Virginians hopeful for a team. For starters, there are a lot of willing investors that want to cash in on the rapid urbanization in the state. Speaking of urbanization, that is another factor. The state, especially the large metropolitan areas in Northern Virginia, Richmond, and the Virginia Beach region, has experienced a massive influx of people. The government workers have become more prone to moving to the NoVA area, and the regular tourists are finding that a permanent residency in the Virginia Beach region makes monetary sense.

Nonetheless, it seems unlikely for a professional team to call Virginia their home. The state is right in the middle of multiple teams, all of whom command too much of the market in the area to see their dominance siphoned by a new foe. It has become clear that DC is a sports town, with the successes of the teams further proving this point. The entire state of Virginia, similarly, has proven that they are passionate about sports. However, passion does not always equate in desires. Even the most passionate businesspeople are often left without investors. The phrase “it’s just business” applies in this situation. As much as it would be amazing to have a team play for the Commonwealth, there are just too many factors, both internal and external, going against the idea.