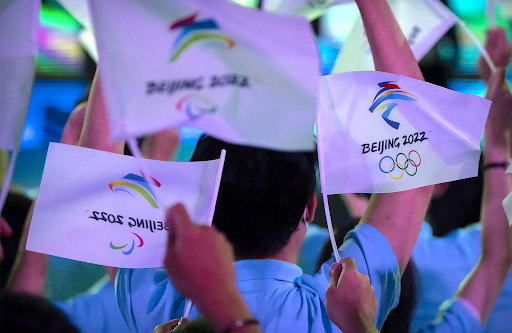 NBC-Universal has never experienced such a low viewing rate on any of their pre-existing Olympics – until now.

Many people had tuned in to a variety of NBCU’s platforms in primetime, however, it was not as many as everyone thought. The 2022 Olympics averaged 11.4 million viewers. According to USAtoday these ratings have gone down more than 40%, compared to past Olympic games.

The 2008 Beijing Olympics had about 211 million viewers, which is said to be one of the most watched Olympics ever. Due to the location of the Olympics in 2008 the number of viewers had increased. Their goal was to show everyone how strong and rich China was, and they were successful in doing so.

A more recent event, the 2018 Winter Olympics also had more than 11.4 million viewers. The winter games in South Korea had an average of 19.8 million tuned into the competitions. Now this may not be a massive difference, but this goes to show the downfall of viewers throughout the years.

The Olympics have always been one of the most watched sporting events. Whether it’s in the summer or winter, there’s always been a high percentage of viewers watching. Although, there may be a reason for this year’s inconvenience.

Preference has a lot to do with why there’s less viewers this year. According to Statista, more people enjoy watching the summer olympics. In an online survey performed in March of 2021, a group of participants chose which Olympics they prefer. The results showed that 28% of participants said they prefer summer olympics, and only 16% preferred winter olympics, while the rest either like them both equally, or have no preference.

The pandemic had also made it harder for people to attend the Olympics this year. Another troubling issue was the limited area covered by the network in Beijing, causing a lack of viewers. A lot has changed since the last Olympics, which directly affected the results of this year’s Olympics viewership.

Nonetheless, the 2022 Olympics wasn’t all that bad. A lot of great athletes got the chance to perform, and create epic moments that will forever be remembered. One unlucky year does not determine what could come next.