The Problems with Affirmative Action 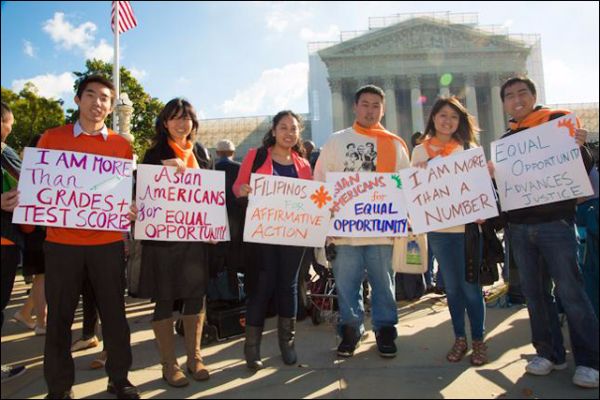 Affirmative Action has long been touted as a system that is meant to help end discrimination, yet it is fundamentally built on discrimination. Affirmative action holds people to different standards based on factors they cannot control, like their race. Such characteristics should be completely irrelevant in the college application process, yet for some reason they are not. Qualified candidates are being rejected while under-qualified candidates are being accepted, simply because of their race. Because of this, Affirmative Action has devolved from a system designed to help oppressed minorities to one that actively hinders them.

Affirmative Action negatively affects Asian minorities. Simply because “they were born wrong,” Asian American students applying to colleges are significantly less likely to be accepted. This has created an extremely competitive attitude within the Asian community, causing students to push themselves to their breaking point in order to squeak out higher scores than their Asian peers. Proponents of Affirmative Action support this, saying that Asian Americans hold some sort of privilege that justifies them being taken down a peg. Such claims ignore centuries of racism targeted against the Asian American population, from the Chinese Exclusion Act of 1882 to Japanese internment during WWII.

As it stands, Affirmative Action prefers a wealthy black candidate with access to a private education and personal tutors over a poor Asian candidate stuck in a mediocre public school. In education, privilege is not based on race – it is based on wealth. The more wealthy a household is, the better schools they will have access to. If Affirmative Action really wants to level the playing field, it should be based on class, not race.