‘Joker’ is the best DC film since ‘The Dark Knight’ 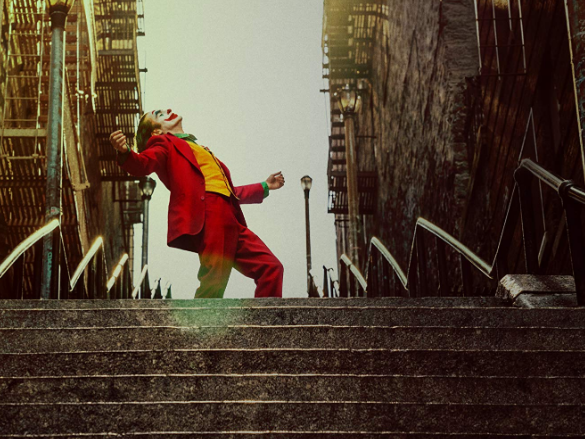 Joker, the new DC comic book film directed by Todd Philips, is truly a cinematic masterpiece. It tells the story of Arthur Fleck (Joaquin Phoenix), a failed comedian who lives with his sick mother and struggles with a mental illness that makes him laugh at inappropriate times. He is isolated, bullied, and disregarded by society until he goes insane, turning into the infamous mastermind.

When I first heard that the Joker was getting his own movie, I was a bit skeptical. Although the Joker is my favorite comic book villain of all time, I’ve always loved the idea of Joker not having an origin story because that makes him more mysterious. Nevertheless, I thought it was an extremely brilliant idea to depict the Joker’s struggle with a mental illness that makes him laugh uncontrollably because it provides the audience with a reason behind his maniacal laugh.

After watching the intriguing trailers and viewing the movie itself, I must say that I am very, very impressed. Joaquin Phoenix’s dedication in preparing for the lead role is unreal. He lost 52 lbs to be in this movie. Phoenix’s overall portrayal of the Joker is also incredible – even Oscar worthy. His performance feels like a unique interpretation of the Joker. He brings something to the role that previous actors have not and that is humanity.

Robert De Niro is also in the film, and he gives an entertaining performance, as well. Most of the film is dark, so De Niro’s fun performance keeps the film from being too disturbing. From a technical standpoint, Joker is also incredibly well shot. The camera captures many great angles, and there is not a single shot that is too short or too long.

Although I love this film, I will mention that there are a few disturbing scenes, so this film is not for everyone. Still, this is probably my favorite comic book movie of the year so far. Joker is an intense, thrilling, and thought-provoking characterization of the “Clown Prince Of Crime.”