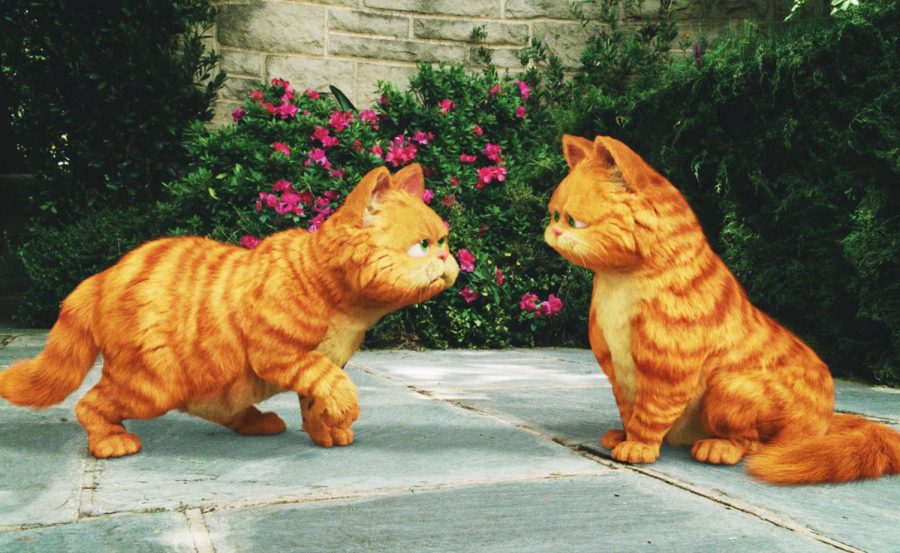 Cats, the movie has shocked and stunned the world with its atrocious animation, that if looked at directly could possibly cause you physical pain. Now this setup has been done before, with “live action” The Lion King, Cats and Dogs, and of course, the Garfield movies. While the first movie was a fun experience for anybody, but altogether quite forgettable, Garfield: A Tail of Two Kitties (2006) was an absolute masterpiece in every way. With the disappointment of the new Cats movie is blinding, going back to a modern classic that really captured the animated live action cat in it’s true glory.

Garfield: A Tail of Two Kitties is a movie centered around the story of the lovable orange tabby named Garfield and his lookalike named Prince, a member of British royalty is ruling over a palace after the devastating loss of his lifelong partner and owner. With a full cast of memorable and well rounded characters such as Odie. Also Garfield’s punching bag, John Arbuncle as an emotionally unstable and extremely weak willed “owner” (otherwise known as the fat cat’s wallet) and of course, Liz, the only woman who has ever glanced at John. Liz captured John’s entire life passion and transformed him into a drooling follower of hers. With all these wonderful characters, we get to enjoy the shenanigans of our lasagna loving cat in England. 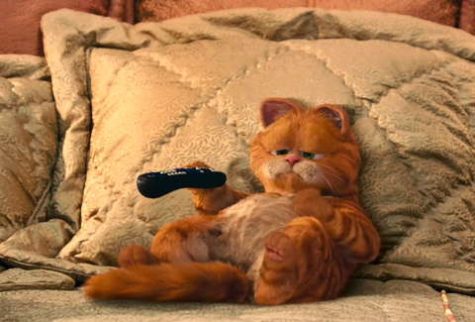 Now this section will head into spoiler territory, so if you haven’t seen Garfield: A Tail of Two Kitties, go buy the movie here link to a shop place because it’s an 11/10.

Some scenes from this masterpiece will stick with you forever, as they could be considered pieces of modern art. One scene I still remember after watching the movie 7 years ago is when Prince, Garfield’s lookalike is mixed up with Garfield and is brought back to the hotel with John. At the hotel, John offers the cat some of Garfield’s iconic favorite, lasagna. Prince is in awe of the taste of the dish and falls in love. I would highly recommend the movie just for this scene.

I would rate Garfield: A Tail of Two Kitties movie a 9/10, and the position of best real life 3D animated cat movie ever.