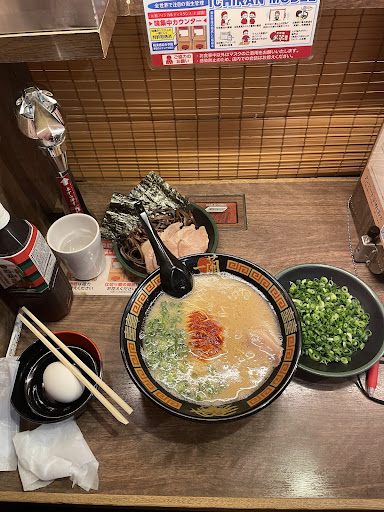 I took a vacation to Tokyo this spring break and got to see the bustling city and famous cuisine Japan has to offer. The primary purpose of the trip was to build some familiarity with Japan as it was the first time I would go, so I specifically tried the various specialty cuisines in Japan.

To kick off the journey, I had my first special meal at the famous Kaiseki Tsujitome, a two Michelin restaurant in Akasaka district in Tokyo. Kaiseki is a multi-course meal that highlights seasonal ingredients and specialities in a refined manner. The meal is meant to be light and, in Kyoto style, have very delicate and mild flavors as it’s traditionally had before a tea ceremony. The rooms were private and decorated with traditional Japanese flowers and calligraphy scrolls. The presentation of the food and the dishes chosen were all very artistic and made use of traditional techniques.

The dishes included cherry blossom tea, seasonal vegetables with tofu, bamboo shoots, and concluded in Kaiseki style with soup and rice. While there was not a full tea ceremony, I was still served a sweet cherry blossom desert with green tea which paired very well. The green tea was quite bitter which enunciated the sweetness of the sweets served with it. The shrimp was almost sweet and had an unusual texture that was soft like a potato. All the greens were refreshing with a strong leafy flavor. The bamboo was soft like asparagus but had layers like an artichoke and had a mild savory and salty flavor. 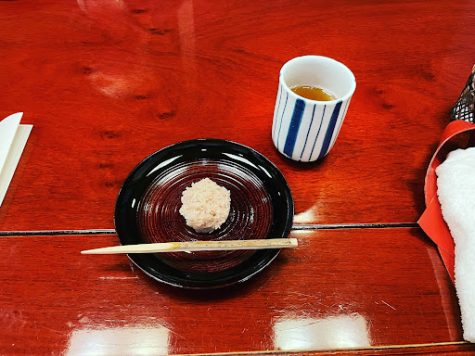 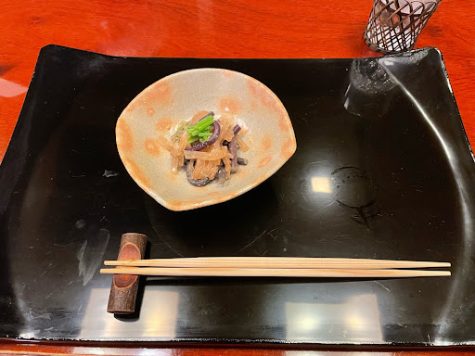 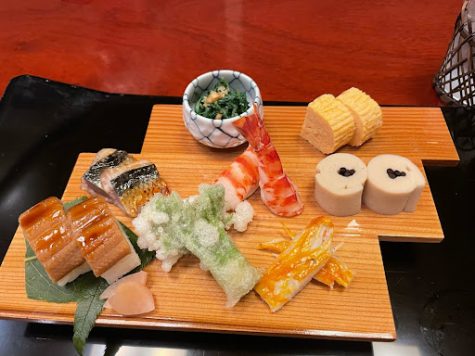 The next special meal was something that has somewhat made it to the U.S., teppanyaki at the restaurant Grow in Roppongi district in Tokyo. Teppanyaki is where the chef cooks the food in front of you, derived from the words teppan or iron plate and yaki or grill. Restaurants in the U.S. like the Benihana chain are an example.

Here I had an assortment of different meat dishes, beef sashimi, an A5 wagyu sandwich, foie gras with a tart apple, as well as abalone. The foie gras was exceedingly rich and the baked apple with the vinaigrette drizzle balanced it out amazingly, giving it all a rich, sweet flavor with a soft texture. The Abalone was served with a soy sauce and butter sauce which is easy to make at home and tasted even better with the chewy shellfish. The sandwich was soft and juicy, the meat was marinated in a sweet and sour marinade, similar to barbeque, which accented the cheese and juice of the patty. 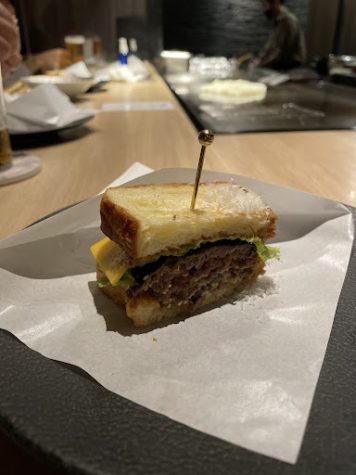 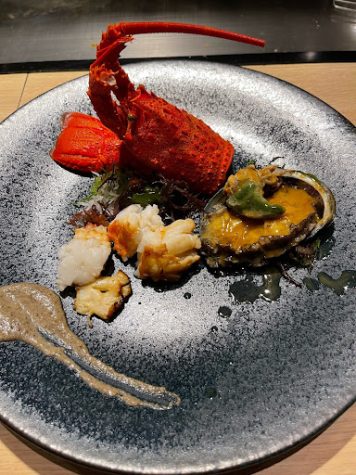 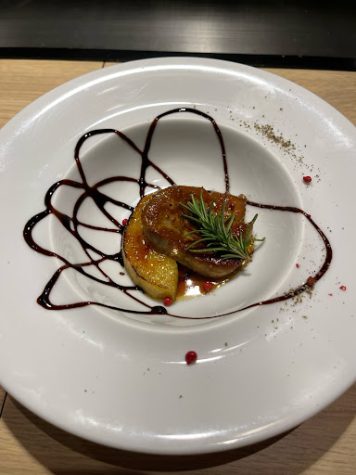 Another notable cuisine I had was ramen, something very familiar to the west now. I went to two ramen restaurants, Ichiran and Ippudo, which are both large chain restaurants world wide. Both were fast, filling, and better than any ramen I have had in the U.S..

I went to the Ichiran in Shibuya district where you put some money into a vending machine and then give it to a server at your own small, private stall. There was a large counter where you sit down, hit the buzzer, and hand them your ticket with a checklist of how you want your ramen to come out. Here, you could choose the firmness of noodles, amount of spice, and how rich you want your broth among other options like toppings. It was fast and a fun experience. I got extra green onions, mushrooms, and seaweed which all tasted great in the pork broth. The sliced pork was soft and still had a strong meaty flavor despite being the soup. The spices blended into the rest of the ingredients seamlessly and complemented the hard-boiled egg.

At Ippudo, it was a regular restaurant where I sat down and ordered the “tokusei geki kara ramen” or the special made extremely spicy ramen. Whereas Ichiran used a special combination of some 30 spices, Ippudo used oils and other methods to make it spicy. Their broth was also richer than the broth I had at Ichiran and had some chickpeas and something like peanut butter but made with sesame instead. The soft chickpeas were a welcome texture from the hot and spicy soup and the sesame, along with the hard-boiled egg, added a neutral flavor to balance the richness of the pork broth and the spicy oils.

I can wholeheartedly recommend anyone who loves food to visit Tokyo. While I had the luxury to partake in some great restaurants, there are even more restaurants that I didn’t see. The seemingly endless number of restaurants in the Japanese metropolis and beyond all have something to offer and I feel confident that most of them will provide a quality experience.