The impact of analytics on sports 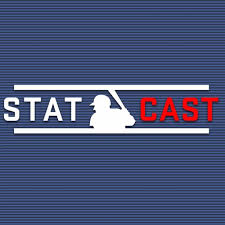 While most sports come down to the best players and teams, analytics and stats have enhanced football, basketball, and baseball. This “revolution” has been rising for a long time, but became really popular in 2015 when teams started to win with the use of analytics. Many executives have used stats to figure out what players will sign onto their team or play in a specific game. Companies like Amazon Web Services have allowed the sports industry to adapt and learn what does and doesn’t make a good player. This has forced players to adapt, or be left behind by these new-age trends within sports.

Football has had the least documented statistical revolution, but they still monitor stats and value them at an all-time high. For example, if a quarterback throws too many interceptions, he is labeled as untalented and bad, but if he throws a lot of “safe routes,” he is labeled as unequipped to perform at this level. Stats like completion percentage, drops, and completion percentage against (for defensive players) have become more popular and have shown fans, writers, and executives alike what kind of a player they really have. Some players have drawn criticism that hasn’t been received before. However, of the sports impacted, football hasn’t seen quite the same changes in the way the game is played. There’s no real change in play-calling philosophy from coaches, and the play style hasn’t changed much either.

Basketball has seen a huge evolution in how the game is played. Players are now discouraged to shoot mid-range jump shots (shots between the paint and the three point line) and encouraged to take threes and layups. Mid-range jump shots are seen as bad shots, whereas layups and threes are seen as more sure things. Statistical analysts are now employed by nearly every team, and provide information about the best shots for each player to take and who should take what shot for a team. The Memphis Grizzlies hired former ESPN analyst John Hollinger, creator of PER (Player Efficiency Rating), which measures how productive a player is while playing. Before making trades or signings, teams are now expected to know what a player really adds to a team and what effect signing the player will have on not only the team but the other players.

Analytics has had the greatest impact on baseball. For a pitcher to become more successful, a higher spin rate (RPM) and velocity must be present. Scouts now look for pitchers to throw harder than ever, as the average velocity of a fastball has increased yearly. Spin rates on curveballs are seen as harder to hit, and players – such as Trevor Bauer for the Cleveland Indians – have taken a lot of stock in this. Bauer’s basement has three computers that connect to a chip in a baseball that show his curveball RPM. His stats have increased every year since 2016, when he began analyzing his pitches. Hitters are encouraged to increase their launch angles (how high a ball comes off the bat and goes into the air) and exit velocity (how hard a ball is hit). Hitting coaches try to make a hitter swing in a way that the ball leave the bat at a higher angle. The goal behind putting the ball in the air is because there is more space to hit it in the outfield than there is in the infield. This, culminating with the rise of spin rate in pitchers, along with launch angle and exit velocity, has made the number of strikeouts and number of home runs increase. In 2018, teams set the record for home runs by a team and home runs by the league, while also setting the record for strikeouts by the league. Teams have changed how their teams are constructed with players who can hit home runs and don’t strikeout much are valued at an all time high and pitchers who strike out a lot of batters are valued and given astronomical amounts of money in contract negotiations.

The effect of analytics stretches farther than just the box score. Teams build their rosters differently, they play differently, and they employ different types of coaches and executives. As a result, fans now have a new perspective on what makes a player great and what doesn’t.