Eliminating the stigma of mental illness 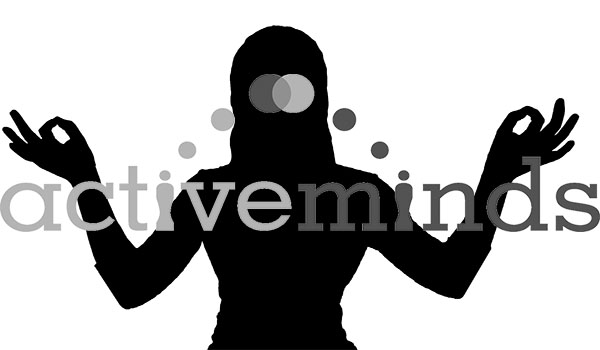 During my sophomore year, I told a friend I was numb. I said I could not remember what it felt like to feel any emotion, it was as though I was living each day as a robot.

She responded by saying, “I understand. Sometimes I feel that way too.”

And in that moment I had never felt more alone because I knew if she truly understood, she would know that what I was talking about wasn’t just a feeling, but a state of being.

The year went on and I remained in that state of not thinking, not feeling, and not being. I did not eat or sleep and most days I couldn’t get out of bed. Junior year hit and my life quickly spiraled out of control. I had no energy to do work or to even stay in a classroom, my grades plummeted.

Despite all those who tried to help me, I lacked the will to care. I gave up on school, on friends, and especially on myself.

I wanted every day to be my last.

However, I was one of the lucky few who had people in this school that cared enough to never stop trying to get through to me. Bit by bit, I slowly began to work myself out, with the help of my counselor, the former school psychologist, my very patient teacher, and a few friends. I received help and, through a few more episodes, was eventually diagnosed with Bipolar II Disorder.

Millions of kids go through similar struggles every day but, unlike me, fall between the cracks unnoticed.

According to the 2012 National Comorbidity Survey Replication Adolescent Supplement just over 40 percent of adolescents experience some sort of mental disorder while 20 percent of those were reported as being severe enough to impair the adolescent’s daily life. The most common disorders reported were anxiety and behavior, followed by mood disorders.

Disorders such as depression, general anxiety, obsessive compulsive, attention deficit, bipolar, and eating disorders are associated with the above categories.

Though a significant amount of teenagers suffer from these mental health issues, only a small fraction receive the necessary help.

“The reason why I think someone doesn’t want to talk about their issue are either they become so exaggerated or are deemed insignificant,” senior Oskar Kylvag, an officer of Active Minds said. “They’re more afraid of the reaction of that person they’re telling than concerned about getting help for their own issues.”

The Substance Abuse and Mental Health Administration reported in 2009 that only 12 percent of youth suffering from mental health disorders received treatment or counseling in a specialty mental health setting for their emotional or behavioral problems.

Whether this be in a hospital or in a therapist’s office, the 12 percent receiving help is only a little over one fourth of the kids suffering. Of those adolescents who received treatment, 46 percent sought help for depression or feeling depressed.

“I think it’s a lot more common than most of us think,” counselor Kari Olsen said. “Unfortunately, often times we’re surprised at the number of kids that are secretly struggling.”

Depression left untreated is often a prelude to attempting suicide, the third leading cause of death in adolescents and young adults. Between approximately 500,000 and 1 million young adults aged 15-24 attempt to end their lives each year.

In order to raise awareness to issues such as this, Olsen is heading a new club that promotes erasing the stigma of mental illness and improving mental health in students.

Active Minds at South Lakes, now an official chapter of the organization, is running Mental Wellness Week from April 16-19.

“We heard about Active Minds last year through the Josh Anderson foundation,” Olsen said. “It met a need for us here to have a club to talk about and reduce the stigma of mental illness.”

Kylvag was active in jump-starting the club for similar reasons.

“Mental health issues are something I’ve taken personally and passionately as a whole,” Kylvag said. “First and foremost, we want to be spreading information to help those identify and acknowledge something they’d rather prefer to ignore.”

As a fellow officer of Active Minds, the goal I have for the club is to educate those who do not understand that having a mental health disorder or illness does not make you any less of a person than someone who is considered “normal.”

“I think it’s about taking the stigma of mental illness away and addressing it,” school psychologist Andi Scholl said. “It’s like the elephant in the room, but mental health needs to be discussed.”

I think it is time we realize that mental health disorders in teenagers are not an issue to be swept under the rug. It exists and is affecting kids you brush shoulders with in the hallway.

“Information goes a tremendously long way with prevention,” school social worker Sue Stemetzki said. “We need to educate parents, teachers, and students in recognizing the symptoms of depression and suicide in peers. Our responsibilities to others just don’t end at three o’clock.”

It feels like a lifetime ago that I thought I would never graduate high school or even make it to my senior year, but yet here I am.

My intention in writing this article is to simply tell my story, scary as it may seem to me, with the hope that it opens some eyes and just maybe causes someone to reach out to another.

“They can feel better with help,” Stemetzki said. “I want them to know they don’t always have to live in this sad world they’re in now.”