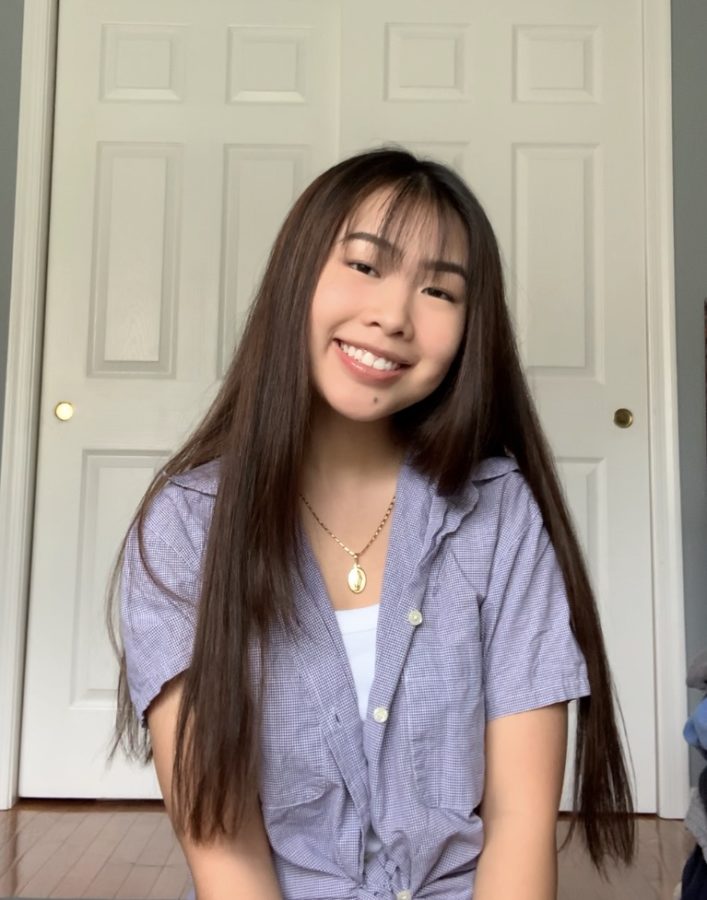 The Student Peace Award is a special honor found in Fairfax County, Virginia and Frederick County, Maryland. The awards are “a network of programs that honor junior and senior high school students who have made a positive contribution to their school or wider community by promoting mutual understanding and respect for all people.” Henry Goldstein and Peter Murray, representatives from the program, explained, “Peace Award representatives and I believe that peace makers are vital.”

The 2021 Student Peace Award has been granted to South Lakes senior Diana Ho for her outstanding work in mental health advocacy, amongst 24 other local students. Ho shared that her own experiences influenced her focus in this area, “Mental health is something that’s affected me since I was young – but as an elementary and middle schooler, resources were not abundant. I also saw there was a disconnect between administrators and students, and there was little effort to accommodate those with mental health issues. In freshman year, I took part in a listening session (conducted by VOICE) while I volunteered at the library, and I was shocked to see adults willingly hear students out on issues in schools. I was intrigued and decided to pursue my advocacy from there.”

28% of high school students in Fairfax County report depressive symptoms and 36% of young women reported these symptoms. This is compared to 13% of 12 through 17-year-olds adults nationally. The high intensity of Northern Virginia’s community has led to overwhelmed students and what is often argued to be an unhealthy environment. 66,000 diagnosed Virginians lack the mental health care they need.

Addressing mental health outside of her immediate community has been important to Ho, as she’s worked on the state level. Ho has put in tireless work as a member of Virginians Organized for Interfaith Community Engagement (VOICE). In 2018 she spoke to thousands of people about a mental school health service budget proposal, directed towards Governor Northam. Ho explained, “Addressing people on behalf of VOICE was scary, but I also think it needed to be done. It was definitely fulfilling, especially because I got to work with incredible leaders who have shaped my life.” She also lobbied the Assembly in 2019 regarding this policy.

“From my own experience, I’ve heard a variety of complaints and suggestions from my peers. I don’t really think there’s a direct form of communication where students can speak with administrators and elected officials, so a lot of students are discouraged from being vocal about their suggestions. In my organization, I had opportunities to speak to elected officials and I took what I learned from other students and voiced it to them. At the end of the day, I don’t want our suggestions to go to waste,” Ho explained, emphasizing the importance of aiding with students.

In addition to her participation in VOICE, Ho launched a Take Care mental health website and led the Open Peacebuilding and Leadership Conference (now LeadPeace), for over 65 students. Diana continues to connect with others through leading an advocacy group’s social media outreach.

Diana Ho being honored is a validation of the hard work she has put into the commonwealth and community, “The main message I’m spreading is that everyone has a role in working towards solutions for pertinent issues in our communities. You don’t have to be exceptional or super vocal in your demands – even by just offering suggestions to your activist friend, getting your parents to vote, donating to local community organizers, or attending town halls – you are doing your part.”