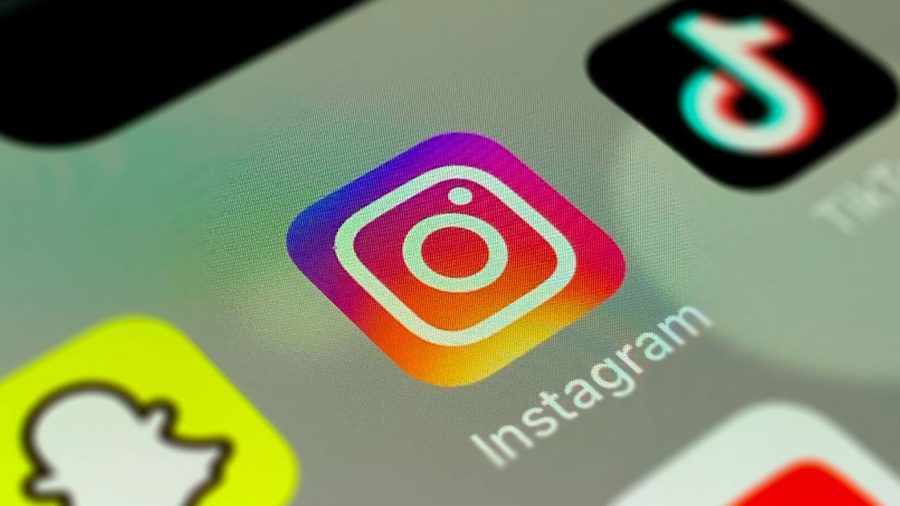 The chokehold that social media has this generation in is astounding. Instagram, specifically, was once an app used to post fun, senseless photos with minimal editing and has now turned into a hub for photoshopped pictures and exaggerated snapshots of people’s lives. To put it simply, Instagram is a highlight reel. I, and many others, can come to terms with this realization, but a large fraction of Instagram users cannot and ultimately allow the app to impact their lives far more than they should.

The app was released in 2010 with the pure intentions of self expression and connection.  In a conversation with WIRED, head executive of Instagram Adam Mosseri says that, “People come to Instagram to really connect with their close friends, but they usually stay to be inspired by the world around them, people they look up to, etc.”

While the point of the app is to express yourself, many teens are caught up in the notion that they need to look flawless in their profiles.

If teens can portray themselves as someone they are not, then who’s to say celebrities and influencers don’t do the same? And to what extent?

“You’re only consuming pictures and you’re also invited to only produce pictures of yourself. Both of those things orient you towards thinking that your appearance is a really important piece of you,” reports Northeastern News.  Appearance is not your only defining factor and it shouldn’t be treated as such.

As someone who grew up in an era of emerging technology, I didn’t have a cell phone or access to social media until I was in middle school. It’s concerning to see today’s youth gain access to these influential apps before their brains have fully developed. “One internal Facebook presentation said that among teens who reported suicidal thoughts, 13% of British users and 6% of American users traced the issue to Instagram,” reports CNBC.  While there is no true way for Instagram to keep younger users off, I think that being able to have honest conversations, and being able to recognize that most of what we see on social media is an illusion is a powerful tool that should be utilized.

Keeping Instagram casual is a current trend emerging on the app. Essentially, keeping your posts “casual” means that you post whatever you want, whenever you want. You don’t concern yourself with the amount of likes and comments you receive, and your social media represents you in a more raw form. Recently, the app has given users the option to hide their like counts in an effort to reduce the pressure that comes with posting. If you utilize this feature, your post will say “liked by”, then an added username, and “others”, as opposed to the usual number of likes displayed for all to see.

Although I was never too concerned by the amount of likes I received on posts, I have to admit, turning off my likes has helped me pay less mind to what I post. I feel as if my personal account has become more casual. Senior, Darcy Johnson says, “I started turning my likes off to avoid comparing myself to others and so others didn’t compare themselves to me”.

As I scroll through my own account, it is interesting to see the trends and patterns that come with being an active Instagram user. My most liked photos tend to be of me, while those of sunsets, nature scenes, or friends tend to earn significantly less likes. Turning off my like count has allowed me to not care about how many people “enjoyed” my post, rather it lets me focus on the fact that I enjoyed the moment.

Just like all good things, Instagram must be enjoyed in moderation. You should be able to distinguish a balance between real life, and the highlight reel that is social media.