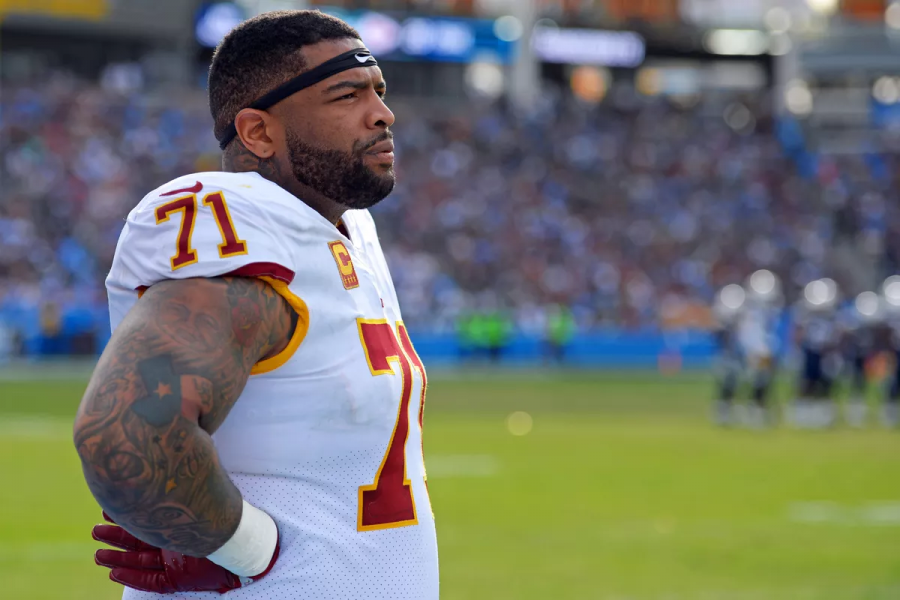 The trade deadline in the NFL was Tuesday, October 29th at 4PM. One major holdout around the NFL, and especially in the Washington Redskins’ organization, is the holdout of pro-bowl left tackle Trent Williams. Trent Williams did not show up to team summer camp and workouts, which has resulted in a huge blow to the amount of money he will be paid this year. During his time of absence from the team, he has been fined approximately $7 million.

Inside sources who know Williams personally have stated that he has been upset at the Redskins’ medical staff and how they handle situations. This past offseason, Williams had a growth on his head and required surgery to remove it. Supposedly, Trent was upset with the length of time it took for the medical staff to remove the growth removal surgery and has gone to say that he won’t “play for the team again.” Williams is also upset with the team about his contract. With only one year left on his contract, he will be seeking a new one—most likely from another team.

Trent Williams reported to the team before the deadline on Tuesday–likely in an effort to make as much money as he can. JP Finlay of NBC Sports Washington reported that he still had no desire to play for the team this season. Williams met rookie QB Dwayne Haskins for the first time and showed his face at Washington’s facilities. Williams conducted a mandatory physical and failed it, which sealed the deal for him not to play this season. The most likely action for Washington would be a trade this offseason of the 7-time pro-bowler in the hopes of getting a high draft pick or a play-maker.