The past, present and future of Christmas cards 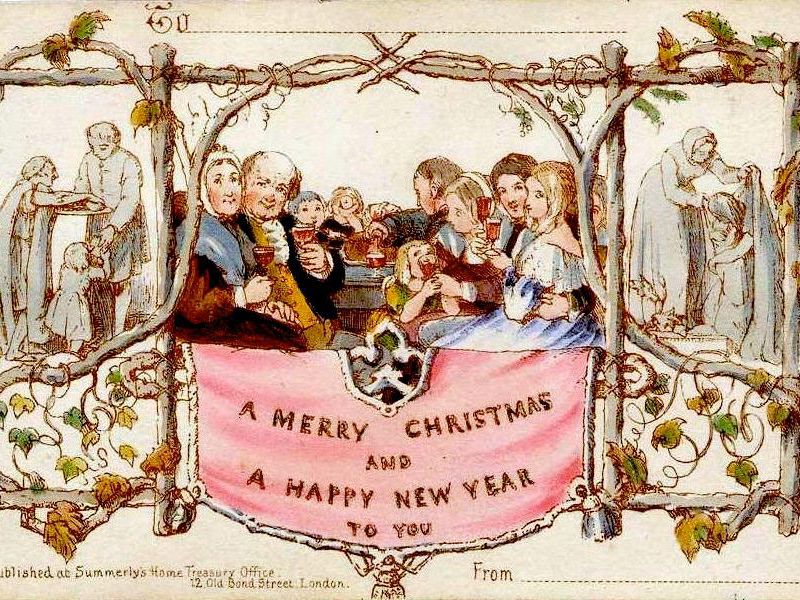 Christmas cards are a tradition that has been in many families around the world for centuries, and have evolved over the years, but how did this tradition start?

Sir Henry Cole and John Horsely are the reason. Sir Henry was a senior civil servant (a government worker) who helped set up the modern day post office, where he was an assistant keeper. He is considered to be one of the first advocates of design reform, an effort to add a level of order and taste to the tense and overdone decorations of the Victorian Era. He spent his days trying to find a way more ordinary people could use the post office and working hard to initiate design reform in England. He also created the “Penny Post,” a postal service made for regular people that made postal service cost only a penny, hence the name.

He teamed up with friend, John Horsely, who was a Royal Academician and an artist. Together they designed the first image based Christmas card. The card had three panels, the outer two panels had images showing people caring for the poor and the inner panel was a family having a large Christmas dinner together. The image was printed on a piece of stiff cardboard 5 ⅛ x 3 ¼ inches in size. They advertised the card with the slogan: “Just published, a Christmas Congratulations Card; or picture emblematical of old English festivity to perpetuate kind recollections between dear friends!” The cards were sold for one shilling each, which is only eight cents in today’s currency. Although letters of Christmas greetings had been sent before, Sir Henry and Horsley’s card marked the beginning of what is now a big industry.

The current largest and most popular greeting card company is Hallmark which was founded in 1910 by Joyce Hall. There are also many sites and places for you to design your own card, customized with family pictures, like Shutterfly and Cotsco.

The growth of newer generations have people wondering where this tradition will be in the future since everything is online now and many could say that the cards are bad for the environment. This has pushed greeting card companies like Papyrus to use recycled paper. Still, it may not be long until you start getting Merry Christmas emails.