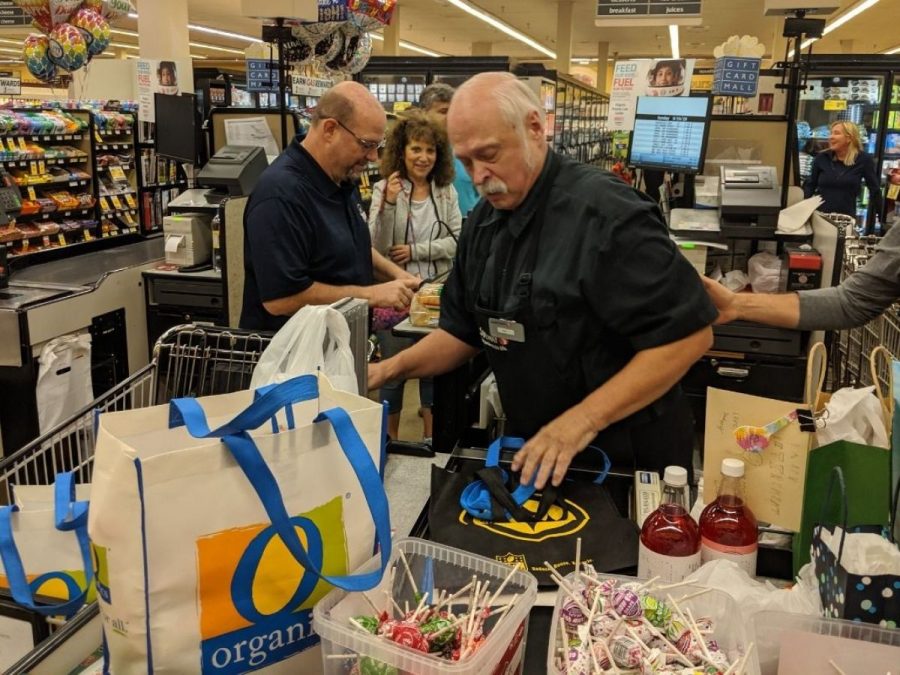 Bob on his last day of work. Photo courtesy of Suzannah Latane Simmons

If you have ever been to The South Lakes Village Center Safeway, you have probably seen “Mr. Bob” in register seven with a smile. Bob Bishel, known as “Mr. Bob,” worked as a cashier at Safeway for 51 years and has definitely made an impact on any Safeway customer who went through his line. Some customers remember him for saying, “Have a good day and a better tomorrow,” his weather updates on any snow coming, the lollipops he always had for kids. These were often kids he has watched grow up and have families of their own.

Bob doesn’t see what he did as special, he said, “I guess I did my job.” Bob said, “People like having a person, instead of a machine,” but it is clear people liked having him. On Sunday, September fifteenth  the honorable cashier had his last day of work before he entered retirement and customers were lined up to say goodbye to their favorite cashier.

Suzannah Latane Simmons, customer, set up a GoFundMe to raise money for Bob that has raised over $6,000. Simmons asked donors to comment on the site a message for Bob and she printed the comments out and gave them to him along with the money raised to date of his last day. The money donated after will be delivered to him. One supporter said, “The first time we ever interacted with Mr. Bob, I walked away thinking Reston really is home. Thank you, Bob. You will be missed, but sending best wishes for a glorious retirement.”

In retirement Bob said he would “take it easy.”